“There are only two industries that call their customers ‘users’: Illegal drugs and Software” - Edward Tufte

When was the last time you remember spending your day without scrolling through your social handles? Well, this should be rather reframed as when was the last time these social handles spend their day without regulating you to scroll down through their social handles? The world we live in real-time is ever more connected with the people living across varied geographic regions and interacting in real-time without even making it necessary to step outside their house. It is one of the marvels of modern technology, culminating years of progress and growth in the field of information and technology. Big Data is a new label given to a diverse field of data intensive informatics in which the datasets are so large that they become hard to work with effectively. The amount of user-generated media uploaded to the web is expanding rapidly and it is beyond the capabilities of any human to sift through it all to see which media impacts our privacy.

‘The Social Dilemma’, a documentary by Jeff Orlowski is a 2020 American Docudrama film, which discovers the upsurge of social media and the damage it has caused to society, focusing on its exploitation of its users for financial gain through surveillance capitalism and data mining, and its role in spreading conspiracy theories such as Pizzagate and aiding groups such as flat-earthers. Many technology experts’ reveals to us the flip side of social media and the way a tool that was meant to connect people has gradually become a curse akin to an existential threat. The interviewees include former employees of Google, Facebook, Pinterest, Twitter and other giants who talk about the menace mammoth they helped create. As one sits there and watched this documentary, went through a massive thunder shock wondering about all those warehouses full of computers top to bottom and miles long. "If you are not paying for the product, then you are the product”. Aside from the fact that we are being tracked based on our data, movement, activities, in this social media's AI, we are also being used as the "product".

The Documentary lays special emphasis on how these high-tech companies have manipulated human psychology with ominous consequences for our humanity. This documentary is no new to the ones which we often find on platforms like YouTube or TED TALKS nonetheless this documentary expands upon the extent to which the human psychology is being exploited on large scales through algorithms and artificial intelligence, as it makes sense as to why these companies are earning millions and trillions of dollars every second one user taps on his social handle notifications. Artificial Intelligence is already running every second of our lives even while you are reading this piece, this documentary proposes in ways that are so delicate as to have escaped our attention. Humans are being targeted as lab rats and are being experimented, manipulated and indoctrinate every day in ways that we can’t even realize the same and that’s what makes this documentary go beyond the normal documentaries which portrays the cons and dangers of using social media and privacy thereby portraying actual scenes from control rooms of different social media platforms earning trillions every moment you open your social handle. Anne Leme, an addiction expert at Stanford University, explains that these companies’ exploit the brain’s evolutionary need for interpersonal connections. “Social Media isn’t a tool that’s just waiting to be used. It has its own goals and it has its own means of pursuing them by using your own psychology and emotions against you”, said Tristan Harris (a former design ethicist at Google). This documentary reveals some of the really cold and dark truths behind our happy and sympathy bubble that we as “products” haven woven around social media. It talks about surveillance capitalism and positive intermittent reinforcement, which obviously are terms which are heard by very rare percent of the population in India. Explaining through different data’s and tech figures explaining how they and these companies were hijacking human psychology for profit, this documentary makes us see through the eyes of these former employees and engineers and their remorse over being a part of the same in their pasts. The documentary also includes many comparisons of engineers to the magicians and creates an eerie satire by using the song “I Put a Spell on You” by legendary Nina Simone in the background.

Criticism? We ourselves are to get criticized for the need of such a documentary to get aired. It's true that people don't know enough about what they agree to share when they use an app, or what is at risk by sharing that data, Podnar says. It's important for people to understand that their privacy is not out of their control, and they can limit what they share by being specific about what kind of apps they interact with. "We don’t have control of our data on social media today, but we do have control on whether we are on social media and what we share. “The documentary rightfully points out that people just don’t know what is out there and how platforms are using their data. Everyone should know and have transparency into what is being done to their privacy and data." 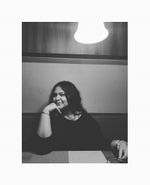