I hate to admit it but I've been a long time (almost 2 Years) user of krypt.co and krssh service to manage my SSH logins for almost everything. My old Samsung Galaxy S5 was just fine to keep the android app running and it always found it's spot in my backpack wherever I'd go so I had my keychain along on the go.

Krypt.co didn't receive any new features in almost an year, the system was almost abandoned and it felt like the makers made a product just as a proof of concept. It had the caliber to be the next big thing for every IT guy but it kinda didn't. I had by own doubts regarding their future when their "technology" got acquired by Akamai and it's cofounder joined Akamai. Realistically, it was a 3 2 people team and now it's essentially left to 0 full time developers.

I didn't had any issues with their service so far. It's not a bitching article about "how bad" their service was. In fact, it wasn't It was a really great app and an even greater concept. There are no real competitors to their service. Maybe this was the reason they never went any further from what they presented.

I didn't want to remain committed to their app for so long that I was left dangling in the middle of nowhere if one day their integration service (SNS etc.) got discontinued and We received no notification to tap "Allow" to log into our servers. Last month, I gave in and generated a new Key Pair in the brand spanking new "ed25519". Going forward, I've preserved my private key into a removable encrypted USB drive for future retrival. My public key is updated to github. Launchpad doesn't support ed25519 yet so I'll update the new key once that has been done.

It had been a really smooth transition so far. I had to log in with previous key pair (krypton) and replace the authorized_keys with new public key. that was all I had to do so far. Now I can ssh into my servers using the new key and it's auth is way faster (and secure) compared to the previous pair.

I'll keep this article updated in case I find out anything new. 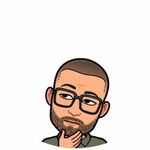